Nathalie Leung is an outstanding freshman at the prestigious Harvard…

How they came to Civilization

Have you ever wondered why such abundant flocks of these winged creatures populate our city streets?

City pigeons, also known as rock doves, used to be wild birds that roamed rocky coastal cliffs. According to fossil and written records, they were brought to towns and cities thousands of years ago and domesticated by people to become livestock. Alongside being a popular source of protein, people found other great uses in these birds, one of those being the creation of carrier and messenger pigeons. Pigeons became the norm, lived alongside humans, and were even brought onto ships, spreading their population all across the East and the West. However, as poultry became more popular and technology advanced, people found pigeons to be nonessential. As a result, most were released from captivity and were free to roam city streets, where they continue to thrive now.

Although they were originally wild birds, pigeons have no trouble adapting to city life. In the city, pigeons are provided nearly everything they could ever ask for: food and water are readily available, there are rarely any predators, and there is plenty of free housing. As one may notice when taking a stroll through the city, pigeons find shelter in our window ledges, rooftops, bridges, and warehouses throughout city grounds. These spots are similar to and serve as substitutes for the natural ledges in cliff sides that they use as roosting, nesting, and sheltering sites in the wild.

If the conditions in cities are so great for birds, why are pigeons one of the only types of birds that linger around? Unlike other bird species who have to rely on food sources like berries, seeds, and insects, pigeons can eat almost everything. They feed on everything, from leftover seeds and bread crumbs to just about any trash we throw away.

While they have a calm nature and aren’t overly troublesome, pigeons aren’t the cleanest of animals. Their waste is very difficult to clean, and the efforts towards cleaning up bird poop and other debris end up being very costly. With such a large population, diseases can spread fast amongst the birds and pass onto other animals. While it is rare for pigeons to transmit fatal diseases to humans, it is best to avoid droppings to maintain good hygiene.

Infections from Cryptococcus fungi can lead to Cryptococcal Meningitis, which if not treated can have long-lasting consequences and can even become fatal. (Click here to read more on Cryptococcus Infections). To prevent getting an infection, it is recommended to keep your shoes by the door, sanitize any other items that could have come in contact with pigeon droppings, and wash your hands after going out. 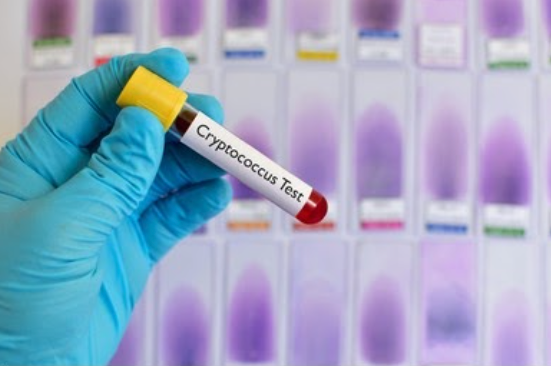 How to Help Solve Pigeon Overpopulation

We’ve heard about how they got here and the troubles they cause, so what can we do about them? Here are a few ways you can help:

Most interactions people have with pigeons are during actions related to feeding, whether it be when the birds are pecking at crumbs scattered on the ground, following people with food, or even rummaging through the trash for scraps, etc. It is important not to feed them, intentionally or unintentionally, as food is one of the main reasons the birds are motivated to linger around cities in the first place. Leaving out food not only attracts pigeons but also does the birds more harm than good. Pigeons end up consuming large amounts of garbage, which makes them sick and can potentially lead to death.

Some countries such as Thailand and Italy have even made it illegal to feed pigeons and threaten several penalties for doing so. In Bangkok, Thailand’s capital, violation of the ban can result in a fine of $800 or three months of imprisonment.

So, how can you help? Stop yourself and others around you from purposefully feeding the pigeons. Another way to help is to normalize cleaning up after meals and food-related events. We humans are messy and often leave behind food remains after meals and outdoors and these scraps attract large flocks of pigeons.

Another main reason why pigeons stick around is because they have found places to live, breed, and raise their young within our cities. Building ledges and windowsills have practically replaced the rocky cliffs that rock doves, pigeons, naturally live in. To stop pigeons from nesting in city areas, you can help install a variety of devices:

1) “Bird Slides”, metal or wooden sheathing attached over window ledges and other flat surfaces at a 45-60 degree angle to prevent them from landing.

2) “Bird Wires”, a contraption put together consisting of a post and wire system that provides an unstable landing area for pigeons and other birds such as seagulls and crows.

3) “Netting“, which is good for keeping pigeons out of large areas.

DISCLAIMER: NEVER use polybutylene gel as a repellent against pigeons and other wildlife.

It is advertised as an easy-to-apply repellent used to repel birds, squirrels, and other wildlife by applying the gel over surfaces you wish to keep pest-free; however, gel repellents made from polybutene can harm wildlife when it comes in contact with it. The HSUS, Humane Society of the United States, strongly recommends that these dangerous repellents ought to be avoided at all costs. Animals who get stuck in these dense, sticky gels often cannot escape and end up dying a slow death.

Nathalie Leung is an outstanding freshman at the prestigious Harvard Westlake High School living in Los Angeles, California. Her passion in research, learning, and sharing knowledge has led her to pursuing journalism and writing with The Teen Pop Magazine.

What do I need? A feel good track from Payton Moormeier!

Pets are Being Abandoned as Society Opens Back Up

Biodiversity Loss and its Consequences

Section 66A: Why We Should Know Its Story

Plastic Pollution and What We Can Do to Reduce It

Internet Addiction and its Detrimental Impacts

Your password reset link appears to be invalid or expired.